A bearing is a machine element that constrains relative motion to only the desired motion, and reduces friction between moving parts. The design of the bearing may, for example, provide for free linear movement of the moving part or for free rotation around a fixed axis; or, it may prevent a motion by controlling the vectors of normal forces that bear on the moving parts. Most bearings facilitate the desired motion by minimizing friction. Bearings are classified broadly according to the type of operation, the motions allowed, or to the directions of the loads (forces) applied to the parts.

Rotary bearings hold rotating components such as shafts or axles within mechanical systems, and transfer axial and radial loads from the source of the load to the structure supporting it. The simplest form of bearing, the plain bearing, consists of a shaft rotating in a hole. Lubrication is often used to reduce friction. In the ball bearing and roller bearing, to prevent sliding friction, rolling elements such as rollers or balls with a circular cross-section are located between the races or journals of the bearing assembly. A wide variety of bearing designs exists to allow the demands of the application to be correctly met for maximum efficiency, reliability, durability and performance.

The term "bearing" is derived from the verb "to bear";[1] a bearing being a machine element that allows one part to bear (i.e., to support) another. The simplest bearings are bearing surfaces, cut or formed into a part, with varying degrees of control over the form, size, roughness and location of the surface. Other bearings are separate devices installed into a machine or machine part. The most sophisticated bearings for the most demanding applications are very precise devices; their manufacture requires some of the highest standards of current technology.

Classification and Characteristics of Rolling Bearings Most rolling bearings consist of rings with raceway (inner ring and outer ring), rolling elements (either balls or rollers) and cage. The cage separates the rolling elements at regular intervals, holds them in place within the inner and outer raceways, and allows them to rotate freely. 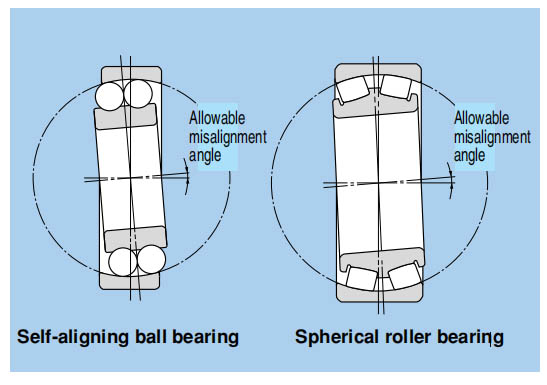 Rolling element bearings are available in a variety of types, configurations, and sizes. When selecting the correct bearing for your application, it is important to consider several factors, and analyse in various means.

A comparison of the performance characteristics for each bearing type is shown in Table 2.1. As a general guideline, the basic procedure for selecting the most appropriate bearing is shown in the following flow chart. 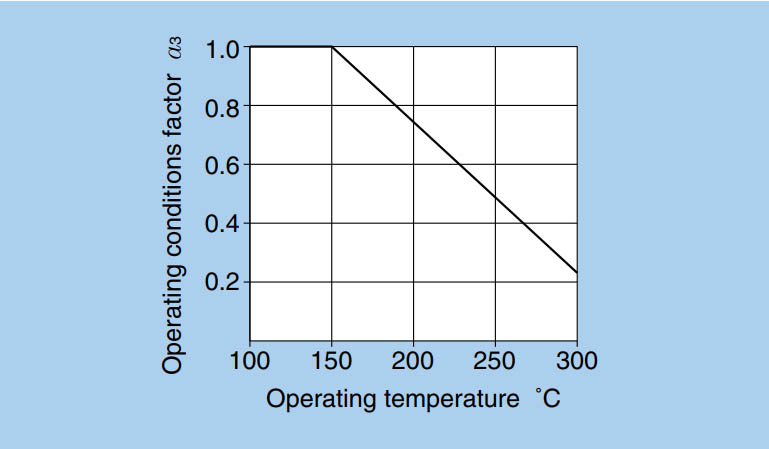 Even in bearings operating under normal conditions, the surfaces of the raceway and rolling elements are constantly being subjected to repeated compressive stresses which causes flaking of these surfaces to occur. This flaking is due to material fatigue and will eventually cause the bearings to fail. The effective life of a bearing is usually defined in terms of the total number of revolutions a bearing can undergo before flaking of either the raceway surface or the rolling element surfaces occurs. 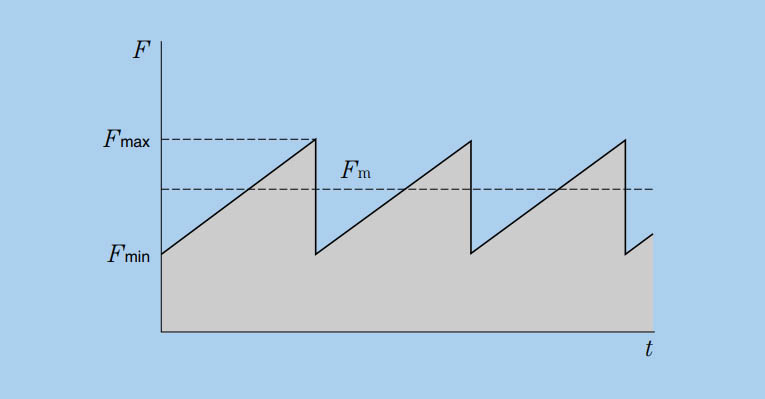 To compute bearing loads, the forces which act on the shaft being supported by the bearing must be determined. Loads which act on the shaft and its related parts include dead load of the rotator, load produced when the machine performs work, and load produced by transmission of dynamic force. These can theoretically be mathematically calculated, but calculation is difficult in many cases. Bearing “tolerances” or dimensional accuracy and running accuracy, are regulated by ISO and JIS B 1514 standards (rolling bearing tolerances). For dimensional accuracy, these standards prescribe the tolerances necessary when installing bearings on shafts or in housings. Running accuracy is defined as the allowable limits for bearing runout during operation. For rolling bearings,inner and outer rings are fixed on the shaft or in the housing so that relative movement does not occur between fitting surfaces during operation or under load.This relative movement between the fitting surfaces of the bearing and the shaft or housing can occur in a radial direction,an axial direction,or in the direction of rotation.Types of fitting include tight,transition and loose fitting,which may be selected depending on whether or not there is interference. Bearing internal clearance is the amount of internal free movement before mounting. As rotational speed of the bearing increase,the temperature of the bearing also rises due to heat produced inside the bearing by friction.This causes damage to the bearing such as seizure,and the bearing will be unable to continue stable operation.Therefore,the maximum speed at which it is possible for the bearing to continuously operate without the generation of excessive heat beyond specified limits,is called the allowable speed(min-1). One of the main functions required of a bearing is that it must have low friction.Under normal operating conditions rolling bearings have a much smaller friction coefficient than the slide bearings,especially starting friction.

The friction coefficient for rolling bearings is expressed by formula(10.1). The purpose of bearing lubrication is to prevent direct metallic contact between the various rolling and sliding elements.This is accomplished through the formation of a thin oil(or grease)film on the contact surfaces.However,for rolling bearings,lubrication has the following advantages: While the contact surfaces of a bearing's raceways and rolling elements are subjected to repeated heavy stress,they still must maintain high precision and rotational accuracy.To accomplish this,the raceways and rolling elements must be made of a material that has high hardness,is resistant to rolling fatigue,is wear resistant,and has good dimensional stability.The most common cause of fatigue in bearings is the inclusion of non-metallic impurities in the steel.Nonmetallic inclusion includes hard oxides that can cause fatigue crack.Clean steel with minimal non-metallic inclusion must therefore be used.

Depending upon the design of a shaft or housing,the shaft may be influenced by an unbalanced load or other factors which can then cause large fluctuations in bearing efficiency.For this reason,it is necessary to pay attention to the following when designing shaft and housing: Bearings are precision parts and,in order to preserve their accuracy and reliability,care must be exercised in their handling. If handled correctly,bearings can generally be used for a long time before reaching their fatigue life.If damage occurs prematurely,the problem could stem from improper bearing selection,handling or lubrication.In this occurs,take note of the type of machine on which the bearings is used,the place where it is mounted,service conditions and surrounding structure.By investigating several possible causes surmised from the type of damage and condition at the time the damage occurred,it is possible to prevent the same kind of damage from reoccurring.Table 16.1 gives the main causes of bearing damage and remedies for correcting the problem.